At this year’s ICOMIA/IFBSO Congress in Gothenburg, Sweden, President Jennifer Thompson and Secretary General Goetz-Ulf Jungmichel welcomed over 50% of IFBSO’s membership. Taking into consideration the continuing travel difficulties and the high internationality of the members, a pleasing result.

The three days of congress were characterized by a series of workshops, a speed networking session, a shipyard tour, the AGM, and long overdue conversations and personal exchanges during coffee breaks, as well as the joint dinners with the members of the sister association ICOMIA.

The workshop topics focussed on event formats of the future which were complemented by the presentations of top-class key-note speakers, Andreas Carlsson, Niklas Axhede (Fredag), and Christopher Rosengarten (XShore).

During their industry visit, congress participants were warmly welcomed by Magnus Rassy at the family-owned Hallberg-Rassy shipyard.

The AGM on Day 3 of congress saw the election of the officers and members serving on the IFBSO Executive Committee for the period 2022 – 2023. 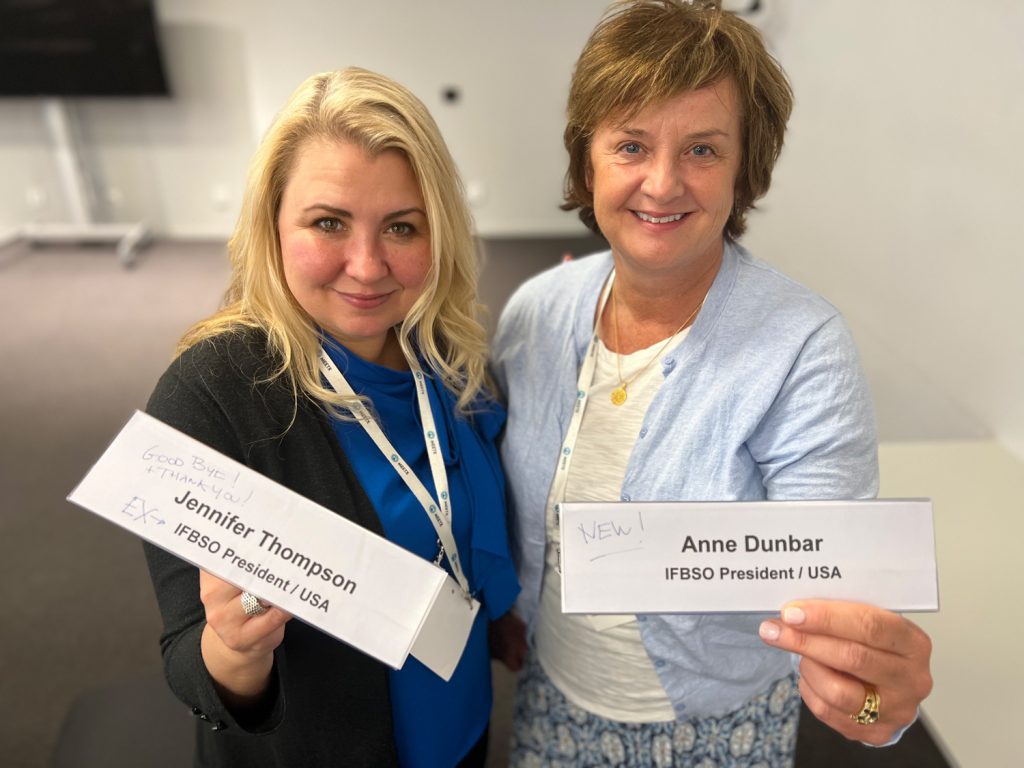 Jennifer Thompson, affectionately known as the Zoom President because Covid-19 marked her presidency, ended her presidency as scheduled. She was succeeded by Anne Dunbar (IBEX) after a unanimous vote by the members present at the AGM. Jacob Ryder (Svenska Mässan) took the position as Vice-President and Hanse Thorslund (Stockholmsmässan AB) was reconfirmed as Treasurer. Heiko Zimmerman (Yachtingfestival 365) and Jerry Flaxman (Atlantic City Inwater Show) were welcomed as new committee members. Accordingly, the IFBSO Executive Committee is ready and set and looking forward to taking IFBSO to the next of service to the marine industry.

About the International Federation of Boat Show Organisers:

Founded in 1964, IFBSO brings together 34 members and 328of the world’s leading boat shows and marine trade exhibitions. Members of IFBSO own or operate events in 21 countries on four continents. Our mission is to help them mount cost-effective, quality exhibitions for the recreational marine industry around the world, by establishing standards and by providing a forum for the exchange of ideas and the development of cooperation between members.

Connect with Your Community—Don't Miss Out on the Conversations