Based on the weather reports from NOAA and consultation with the City of Tampa, Tampa Convention Center and other stakeholders, the imminent arrival and uncertain nature of the storm forces us to cancel IBEX 2022. From Governor DeSantis’ recent press conference, it is clear that it is neither safe nor advisable to ask our exhibitors, staff and visitors to travel to, or be in, Tampa, FL this week. Thank you for your patience and understanding as we share this difficult decision.

Bursting at the Seams

Earlier this summer, GatorStep LLC announced its groundbreaking plans to build a custom facility in Lenoir City, Tennessee. What began as a 1,000 sqft signage shop, started by Loren Traister, now contends as a major OEM supplier and manufacturer of skid-resistant decking material, with unrivaled production timelines and capacity for bespoke installations. 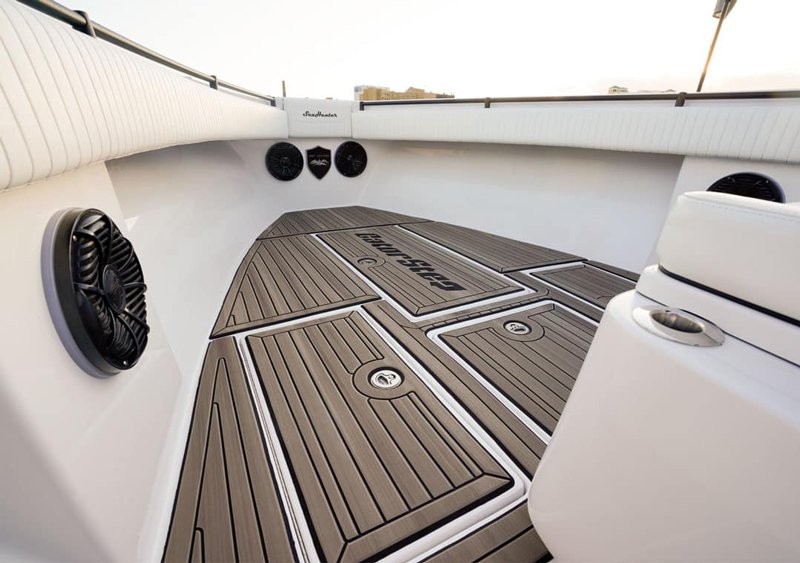 In the beginning, Traister and his team worked with local marine manufacturers to produce decals for boats. One OEM client became dissatisfied with its decking provider and mentioned it to Traister. The team felt compelled to take up the challenge and provide a solution. Just like that, GatorStep was founded, and its business grew with customer demand. Soon it became clear that GatorStep needed to build a presence in East Tennessee, where a myriad boat and trailer manufacturers stood to benefit from its mounting expertise in skid-resistant applications. “There is a lot of boat-building knowledge in this part of the country,” said Jay Povlin, COO of GatorStep. “We draw from a unique pool here of skilled craftsmen who understand the machinery and technology of what they are operating.”

GatorStep is in the process of relocating to its new facility in Lenoir City. Their retail activity has grown year over year since its inception, despite some recent downward trends in the post-pandemic marine market. Its OEM business is on a growth streak as well, because of its ability to grow dynamically with market demand and to accommodate production times for custom-made installations (or more simply put, ‘one-offs’). “We are uniquely able to add capacity and get new clients onboard along with new customers, thanks to production times that are half those of our competitors,” adds Povlin. The move to the new facility in Lenoir City, which has a footprint more than three times the size of their current facility, marks a significant achievement for GatorStep as an overall “American success story.”

GatorStep stands behind its belief that “One Size Does Not Fit All” by perfecting its production efficiencies and ability to deliver superior-quality products to any spec. Its steep growth trajectory is in part due to the customized efficiencies it has baked into its technologies, but also the deep investment into research and design, which the new facility will largely befit. This means that new processes or designs can be tackled ever more efficiently in GatorStep’s timeline. “Everything that hits the production floor will be validated in a separate R & D area in our new facility,” adds Povlin. Each project requiring validation is done in conjunction with the larger process, improving flow, output, and quality. “We are now able to look into automation and technologies that will further eliminate complexity, and ultimately timing,” he adds. Along with efficiency and a tendency to say ‘yes’ to every new project, complicated or otherwise, GatorStep’s core differentiation lies in its unique quality control commitment to its dealer and customer networks. “We deliver a completed kit ourselves so that dealers and customers don’t have to rely on a third party to cut a sheet or be hamstrung by stock or color combinations. Once we have an art proof, the whole process may take four to six weeks at most, unlike with our competitors, who quote up to thirty weeks.”

The new facility will also allow for dealer training. “We will have a dedicated area for dealers to come in and see what we do, how we do it, and how it benefits them,” adds Povlin. The support and training that GatorStep enables are perhaps one of the best advantages of all. “We want our dealers to be proud they picked the best partner,” says Jay Povlin. When it comes to an exciting success story in American business, GatorStep’s personal touch and customer focus are what put it over the top.

For more information on the GatorStep success story, visit www.GatorStep.com.

Bursting at the Seams