So, You Want to Build an Electric Boat: Will You Comply?

The US Coast Guard Recreational Boating Product Assurance Branch is developing interim policies regarding electric propulsion systems on boats. Join this seminar to learn what policies have been put in place, what the latest standards for electric propulsion address, and what we can expect in the future from ABYC and ISO. Bring your questions and join the panel discussion to stay informed in this evolving subject. This seminar is offered at no cost. 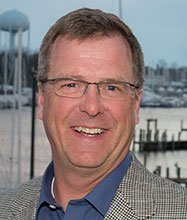 Craig Scholten
Technical VP, ABYCA recreational craft professional for over 39 years, Craig has proven hands on knowledge of global small craft standards, engineering, manufacturing, and compliance experiences. Skilled in technical leadership and collaboration in both domestic and international committees, Craig demonstrates a thorough understanding of how the standards and certification processes work and have evolved over time. 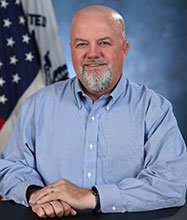 Jeff Ludwig has worked for the Coast Guard since 2006, and currently serves as the Chief of the Recreational Boating Product Assurance Branch in the Office of Auxiliary and Boating Safety. He is responsible for implementing the Recreational Boat Testing & Compliance Program (RBTCP), which ensures that recreational boat manufacturers comply with USCG safety standards. Prior to his current position, he was the Boating Safety Division’s Regulatory Development Manager, where he was responsible for the development of all boating safety-related regulations at Coast Guard headquarters. Before working for the Coast Guard, he was the Regulatory Affairs Manager for a major recreational boating trade association for five years. 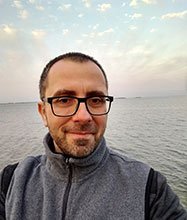 Maciej Rynkiewicz
Standards Developer, ABYCMaciej Rynkiewicz has been a Standards Developer for ABYC since 2019. An integral member of the ABYC Technical Department, Maciej works directly with the Project Technical Committees (PTCs) responsible for creating and updating the ABYC standards, specifically the new E-13, Lithium Ion Batteries published in 2022. He also manages hands-on testing to see what can go right, and wrong, with boat electrical systems. A long-time boater, Maciej is a Certified Marine Technician with credentials from ABYC, NMEA, and Abaris as well as a skipper and certified sailing instructor. 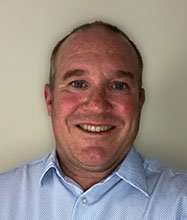 Mr. Kevin Ferrier is a retired Coast Guard Commander with nearly 20 years of experience in the marine safety field. As an active duty officer, his experience included serving as a vessel inspector, where he ensured compliance of domestic and international vessels with various federal and international standards. He served on the team that wrote and implemented 46 CFR Subchapter M, which developed new regulations and an inspection regime for commercial towing vessels. As his final active-duty assignment, he served as a senior leader of the USCG Marine Safety Center, where he led the Hull Division and Salvage and Engineering Response Team. In this capacity, he oversaw novel shipboard design, and gained an understanding of regulatory equivalencies to allow shipping technologies to advance within the bounds of current regulations.

In his current capacity with the Office of Auxiliary & Boating Safety, he is responsible for electrical safety, and serves as the subject matter expert for the development of electrical policy, including new standards associated with electric propulsion. In support of this, he serves on ABYC’s Electrical and Electrical Component Committees, as well as the U.S. Technical Advisory Group to ISO TC 188: Electrical Propulsion Systems.

He is an avid lifelong boater; and has practical experience as an offshore sailor, where he spent two years cruising with his wife and four children, logging more than 10,000 offshore miles aboard their 44’ sailboat.